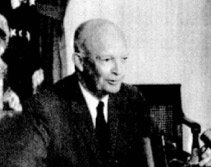 After passage of the Taft-Hartley Act, the number of union victories in NLRB-conducted elections declined. During the 12-year administration of the Wagner Act, unions won victories in over 80 percent of elections. But in that first year after passage of the Taft-Hartley Act, unions only won around 70 percent of the representation elections conducted by the agency.

During the middle and late 1950's, the labor movement was under intense Congressional scrutiny for corruption, racketeering, and other misconduct. By 1959, Congress concluded that further reforms were needed to address gaps in both the Wagner Act and the Taft-Hartley Act. In the fall of 1959, President Dwight Eisenhower signed into law the new Labor-Management Reporting and Disclosure Act (Landrum- Griffin Act) that amended Taft-Hartley so that: