1935 Enforcement of the Wagner Act 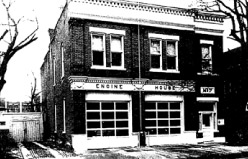 Constitutionality determined, the Board's problems were far from over. The budding agency was besieged not only by employers, but by labor unions as well. As Chairman Madden observed, "Employers almost universally did not welcome the Act"; many of them charged the Board with pro-labor bias. While management's reaction to labor's "Magna Carta" was not surprising, the American Federation of Labor's (AFL) hostility to the Act and the Board was unanticipated.

Despite the hostility to the new law, the Board's caseload rose 1,000 percent after the Jones and Laughlin decision, prompting Congress to appropriate additional operating funds, and the expansion of Board staff.

In this period, the Board was confronted with problems arising from the deep split within the labor movement as to whether 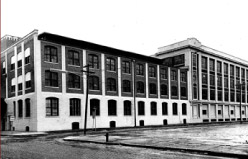 The tensions between the craft and industrial unions erupted at an AFL convention in 1935. The industrial union leaders- -including representatives of the United Mine Workers, the Amalgamated Clothing Workers, Ladies' Garment Workers, and International Typographical Union—clashed openly with craftsmen leaders. In 1936 the industrial unions formed the Committee for Industrial Organization (CIO) for the avowed purpose of organizing industrial workers "to bring them under the banner of the AFL." 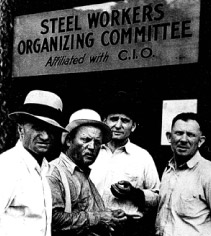 The AFL perceived the industrial unions' conduct as dual unionism and demanded that the committee disband. The committee refused, and in August 1936, the AFL suspended most of the CIO unions involved. The CIO reorganized itself into a permanent organization and changed its name to the Congress of Industrial Organizations.

The problem of industrial versus craft unionism which the AFL and CIO leadership could not resolve came to rest on the doorstep of the NLRB, then only five months old. The AFL charged that the Board was pro-CIO. The CIO joined the fray from time to time to protest decisions favorable to the AFL.

The criticisms of the Board by management and labor came to a head in 1939 during a year-long series of hearings conducted by Representative Howard A. Smith that culminated in December 1940. A leader of the conservative bloc of the Democratic party, Smith charged the NLRB with a pro-union bias. He also claimed the agency was dominated by left-wingers and had been infiltrated by Communists.