The Taft-Hartley Act made major changes to the Wagner Act. Although Section 7 was retained intact in the revised law, new language was added to provide that employees had the right to refrain from participating in union or mutual aid activities except that they could be required to become members in a union as a condition of employment.

The amendments protected employees' Section 7 rights from restraint or coercion by unions, and said that unions could not cause an employer to discriminate against an employee for exercising Section 7 rights. They declared the closed shop illegal, but provided that employers could sign a union shop agreement under which employees could be required to join the union on or after the 30th day of employment. 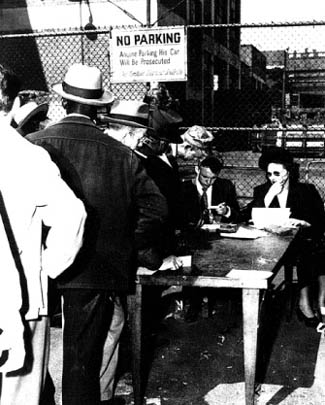 The amendments also imposed on unions the same obligation to bargain in good faith that the Wagner Act placed on employers. They prohibited secondary boycotts, making it unlawful for a union that has a primary dispute with one employer to pressure a neutral employer to stop doing business with the first employer.

Unions were prohibited from charging excessive dues or initiation fees, and from "featherbedding," or causing an employer to pay for work not performed. The new law contained a "free speech clause," providing that the expression of views, arguments, or opinions shall not be evidence of an unfair labor practice absent the threat of reprisal or promise of benefit.

Several significant changes were made for representation elections. Supervisors were excluded from bargaining units, and the Board had to give special treatment to professional employees, craftsmen and plant guards in determining bargaining units.

Congress also added four new types of elections. The first permitted employers faced with a union's demand for recognition to seek a Board-conducted election. The other three enabled employees to obtain elections to determine whether to oust incumbent unions, whether to grant to unions authority to enter into a union shop agreement, or whether to withdraw union shop authorization previously granted. (The provisions authorizing the union shop elections were repealed in 1951).