1935 passage of the Wagner Act 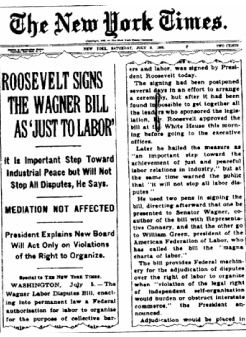 In the fall of 1934, Senator Wagner began revising his labor disputes bill, determined to build on the experience of the two earlier NIRA boards and to find a solution to the enforcement problem that had plagued them. In February 1935, Wagner introduced the National Labor Relations Act in the Senate. The Wagner Bill proposed to create a new independent agency—the National Labor Relations Board, made up of three members appointed by the President and confirmed by the Senate-to enforce employee rights rather than to mediate disputes. It gave employees the right, under Section 7, to form and join unions, and it obligated employers to bargain collectively with unions selected by a majority of the employees in an appropriate bargaining unit. The measure endorsed the principles of exclusive representation and majority rule, provided for enforcement of the Board's rulings, and covered most workers in industries whose operations affected interstate commerce. 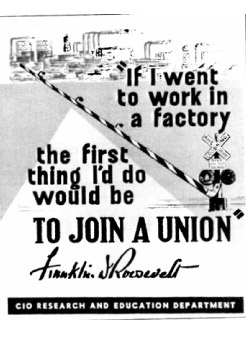 Wagner's Bill passed the Senate in May 1935, cleared the House in June, and was signed into law by President Roosevelt on July 5, 1935. A new national labor policy was born.